On Thursday, we had to skip the souks and head to Carrefour, a large French supermarket that supplies a lot of the Mediterranean. We were looking for gluten-free breakfast stuff for me. We had to walk into the newer version of Fez, the Ville Nouvelle, and cover 2.5 kilometers🚶😓, then back. It was very hot and hard, but it was also interesting to see many different things in the new Fez.

Later that evening, while we were walking in the Medina, we came across some people selling babouches. Babouches are these little shoes, like slippers, that Moroccans wear. Mom really wanted a pair and I thought it would be cool to have some of my own. We got two pairs in yellow, which is the traditional color. 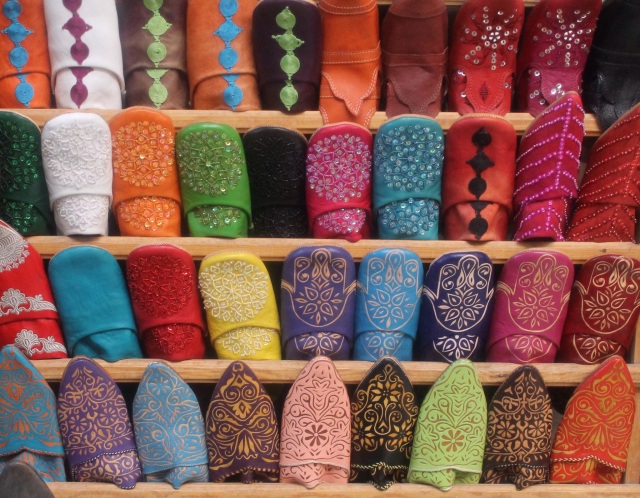 Along the way, we saw the caravanserai which were old inns for traders and students. The people slept upstairs and their donkeys slept downstairs. They had food and lots of entertainment there. Now they are mostly shops.

After the caravanserai, we walked home to catch Ocean’s 13. Our riad had television, which was great because I hadn’t watched TV since July! I really liked the Ocean’s movies. I hope a fourth comes out!

We slept well after all of our adventures and then woke up early to hike to two important monuments: the Borj Nord, which was an old fortress from the sixteenth century and the Merenid tombs. At the tombs, we saw people walking with bottles of water to clean their ancestors’ tombs. We also saw a great view of all of Fez’s medina. At the fortress, we saw a museum of weaponry, lots and lots of weaponry, including swords, cannons, rifles, maces, bow and arrows, slingshots, and suits of armor. 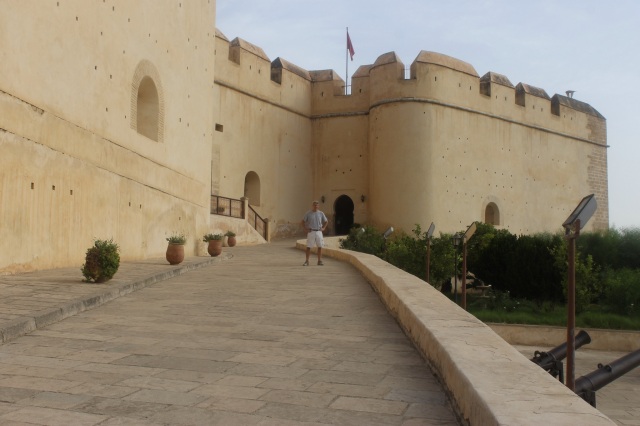 Later, we visited another medersa, similar to the one we saw in Marrakech. I took some photos of the cool tiles and carvings.

Our plans to go to Sefrou on Saturday turned into just walking around enjoying Fez. Apparently there isn’t a bus to Sefrou after all, or if there is we could not find it. Sometimes plans just don’t work out, but it was okay anyway because I got two hot chocolates that day. Plus, Mom found a soup stall that served pea soup called bisara. It was delicious and I finished the whole bowl. 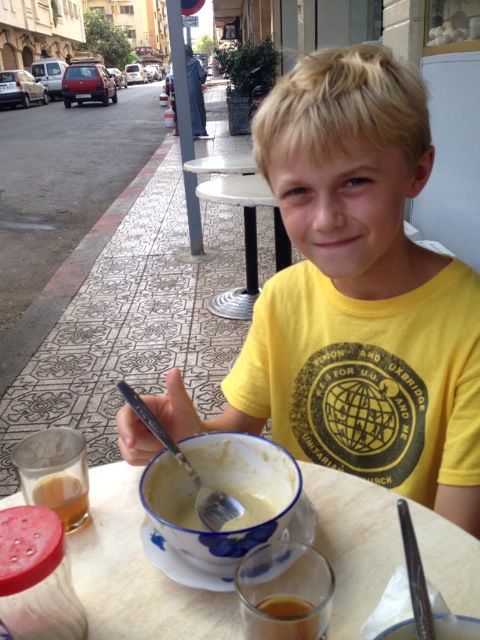 On Sunday morning, we left Fez and took the train to Meknes. We visited a museum in a palace with very cool carvings, and then went to a café to work. That is where I am writing this post. Next to this café is a sugar cane press to get natural juice out! One cup is 52 cents. 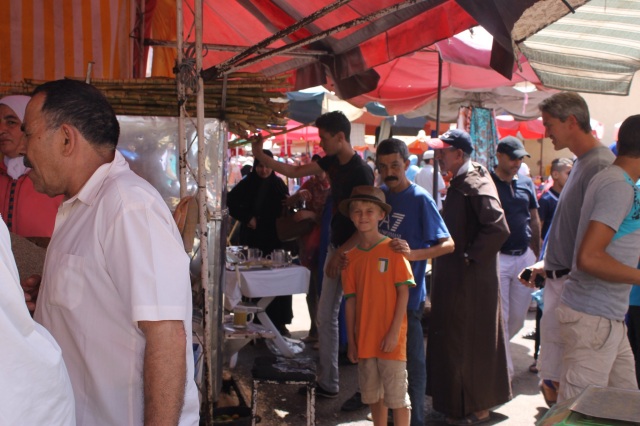 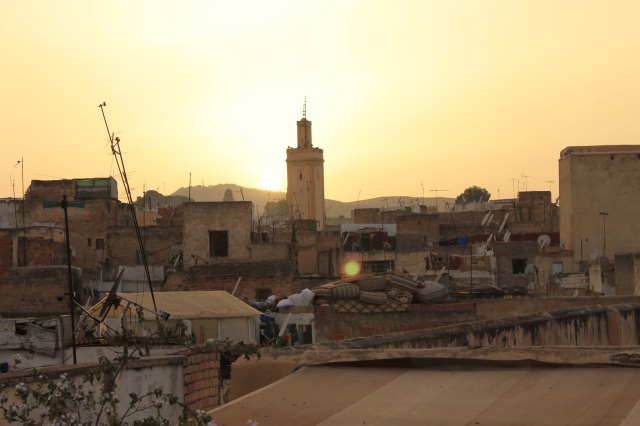