Wat (I misspelled ‘what’ on purpose) do you think the year here in Thailand is? Is it the 1990s when Michael Jackson was still the live king of pop, or the 4990s when humans have created a new technological planet where people can visit? Truth is the Thais are in the year 2557 BE (Buddhist Era). The Buddhist Era is based on some ancient Hindu calendar and 543 years ahead of Gregorian calendar which most of the world observes.

Here’s a gong at Wat Chedi Luang that shows the year that Thailand was in four years ago. 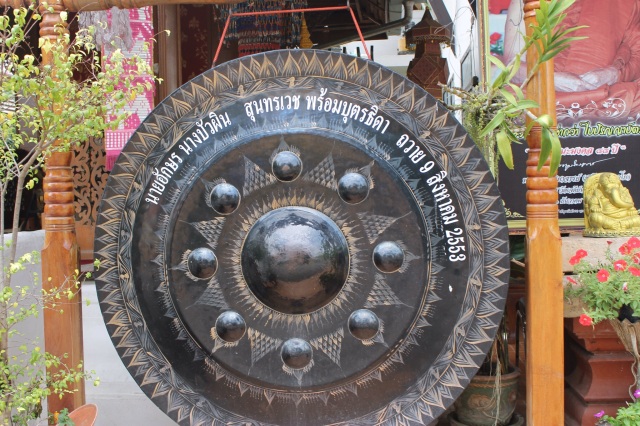 Speaking of Wats, today we went on a self-directed Wat tour🏯. Chiang Mai has many Wats (a Wat is a Buddhist temple/ monastery where monks live).

We left our guest house after breakfast in search of a post office which we struggled to find though we had no trouble finding some Wats! 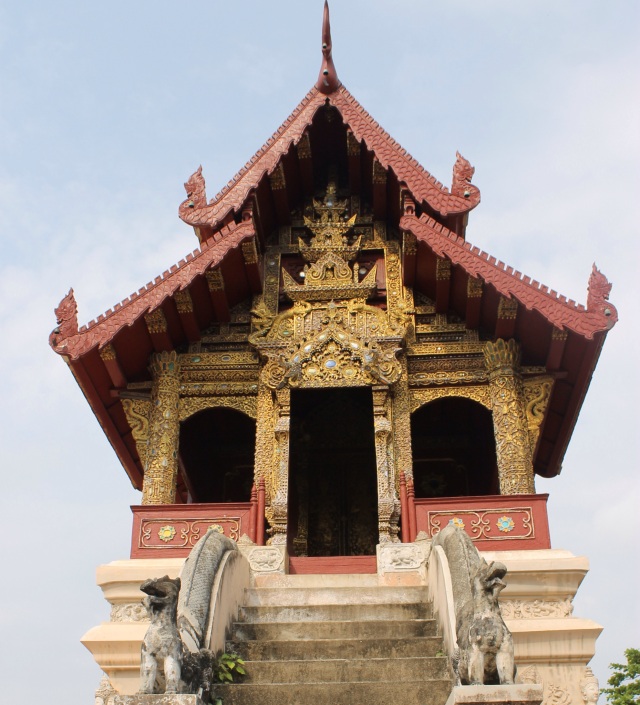 At Wat Phra Sing there were wax statues of old, dead, and important monks. 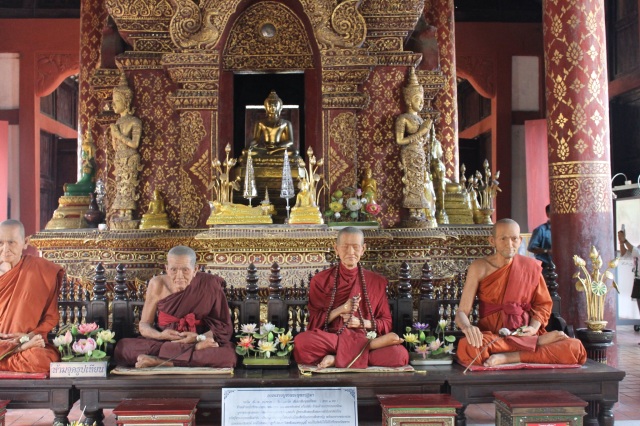 There was also a fairly ginormous Buddha in a standing position in the actual Wat Phra Sing.

All around the gardens surrounding the temples were sayings to help people be more mindful. Here are a few of the signs we saw on the trees: 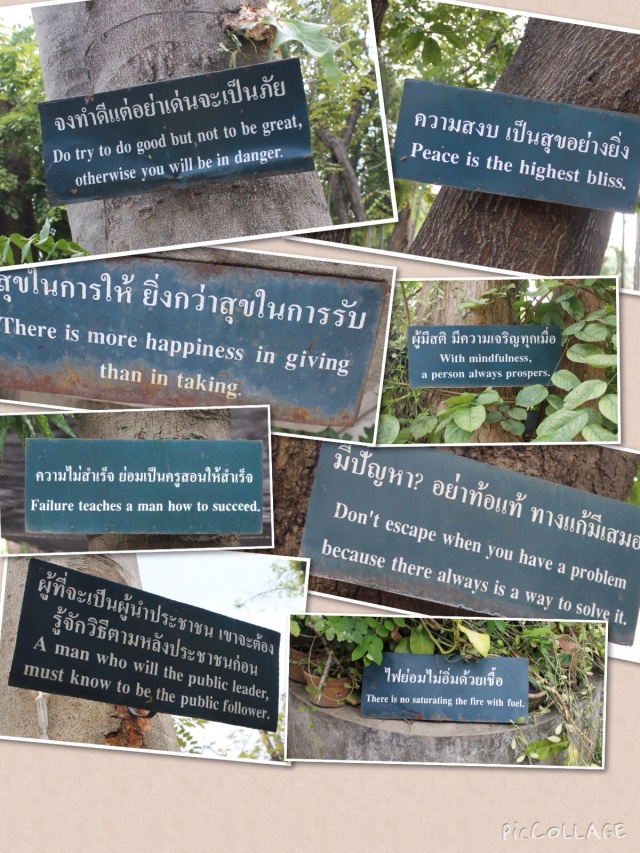 I also think I figured out where the monks must get their robes, because there were stalls in the Wats with different colored robes. 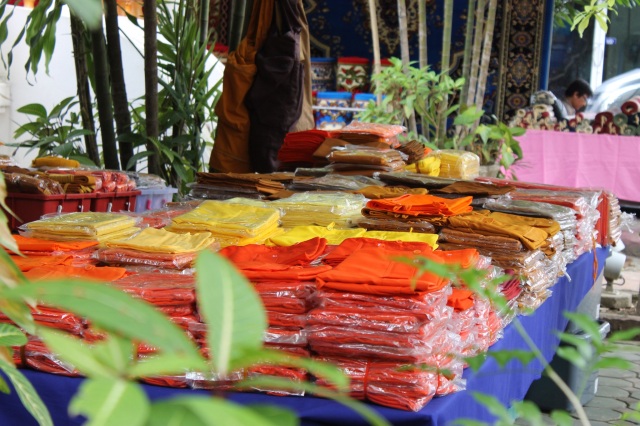 At Wat Chedi Luang we saw a great stupa that was once the TALLEST structure in Chiang Mai.

Chedi Luang, like Phra Sing, had wax figures of important monks and a large Buddha. I wonder why, but it seems like all the wats we’ve visited have Dr. Seuss trees! 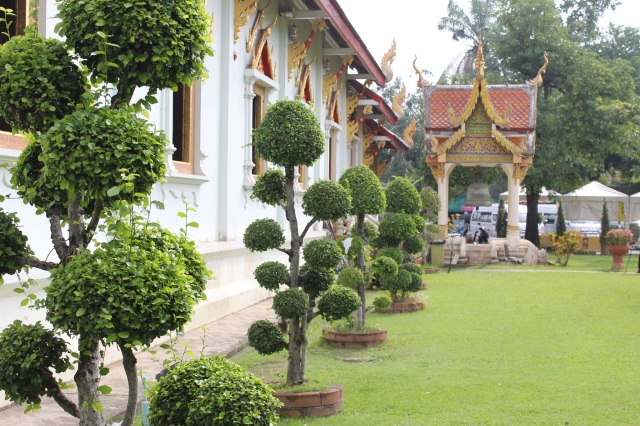 Here are some more photos from Wat Chedi Luang: 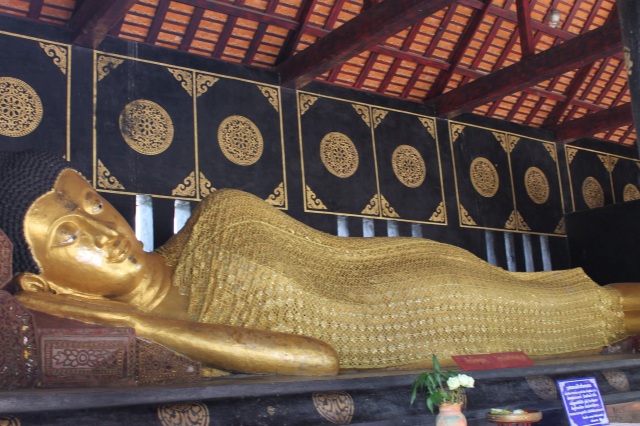 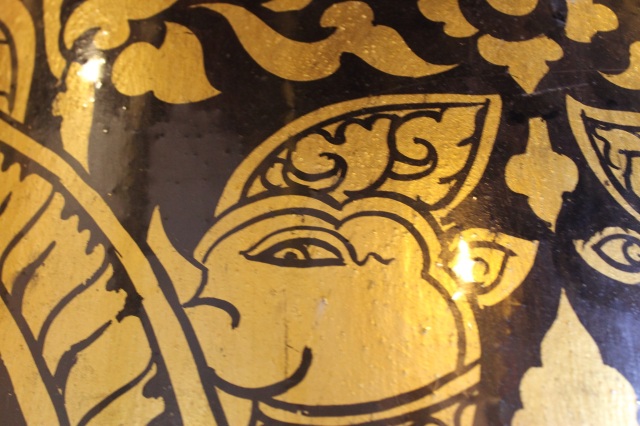 Also at Chedi Luang there was a prayer cloth where people could write down their wish for the world. 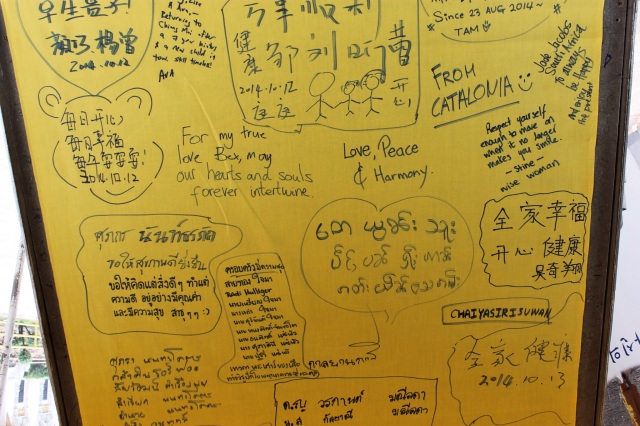 This is what I wrote:

Our last stop, Wat Phan Tao, was a beautiful Wat made of teak. It was sort of small compared to other Wats but was awe-inspiring from both the inside and out. 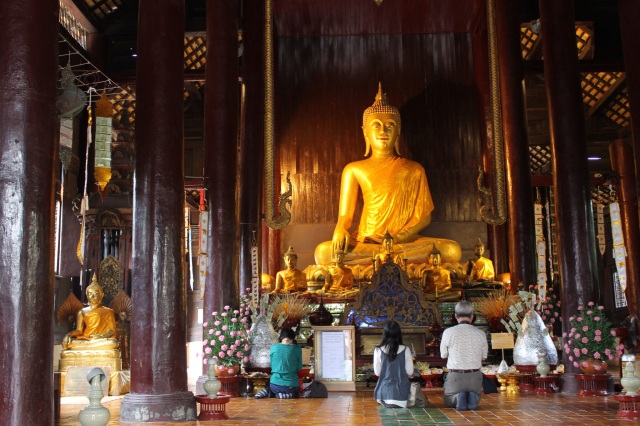 While there I saw some tourists completely disrespect Buddha by turning their backs on Buddha and pointing their feet at Buddha to pose for a photo. That’s worse than showing your bare knees in a Wat!
We did eventually find the post office so some of you might be getting some good old fashion postcards from Chiang Mai!

Oh, then we found a restaurant that had delicious ‘pad see ew gai’ which is fried flat rice noodles with chicken 🍗 and veggies – it was very satisfying for my taste buds! 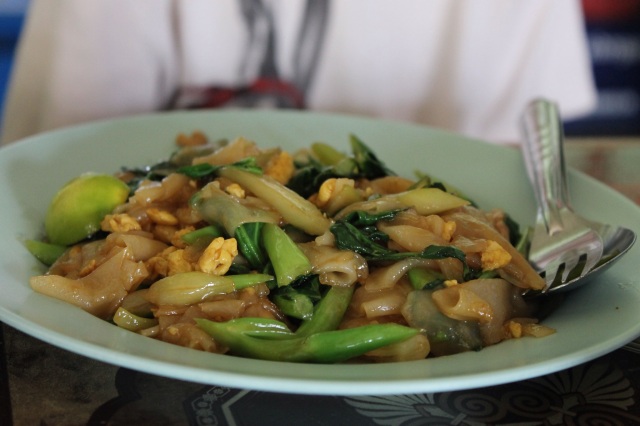