The nature park is home to around 3⃣0⃣ elephants, all of which have been rescued from abusive situations or owners since the park was established in 1⃣9⃣9⃣5⃣ by a Thai woman named Lek. She loves elephants and the park is all about teaching people about these awesome creatures and the dangers they face.

The problem is this – two things really. The wild elephants are losing their forest 🌴🌲🌳🍃 and therefore they struggle to find food to stay alive. For domestic elephants, they are suffering from major unemployment! Seems weird, huh? I did not know that elephants had jobs! But, over the last 200 years or so, local villagers would use terrible techniques to tame them (the Thais say ‘breaking the elephant’s spirit’) to make them work in the logging🌳 business.

In 1989 Thailand banned logging and the owners and elephants lost their jobs. An elephant eats 450 pounds of food per day. But, if the owner has no money, they cannot feed the elephant and it really suffers😪. So, many owners use the elephants to beg in the cities or use them to trek tourists around in the jungle. This is not fun for elephants or natural and when the elephants get old (they can live to be 7⃣0⃣ years old or more) owners can abandon them or kill them. So Lek tries to save them and treat them with respect. She also provides medicines and other health services to elephants in need, even though the owners of those elephants mistreat them.

A van picked us up and drove us out into the jungle where the Elephant Nature Park is. Our guide, Mr. Dong, then told us the program for the day. We had to follow many rules about interacting with the elephants.

At the park, I got to interact with a whole bunch of rescued domestic elephants by bathing them, touching them, walking with them, and feeding them seasonal fruits 🍉🍌🍍🌾🎃 (yeah they ate gourds!)🎍(and sugar cane)! First we started by feeding the elephants from a platform.

Then we got to walk into the park to meet the elephants. 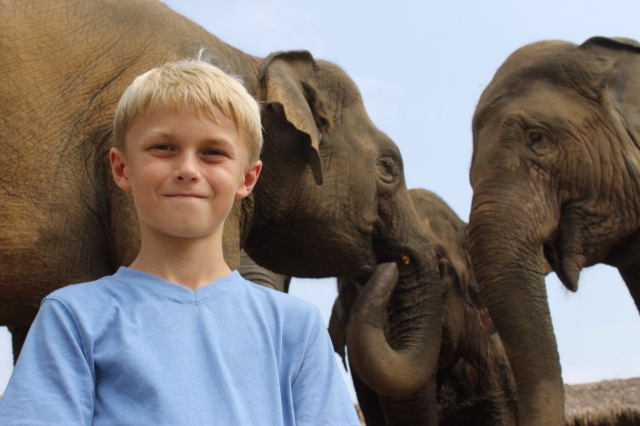 There were three really cute baby elephants in the group that kept running around. When a baby elephant gets excited and runs away, the adults chase it, and that can really sp👀k ya if a five ton piece o’ meat is hurtling itself at ya pursuin’ somethin’ behind ya!😱 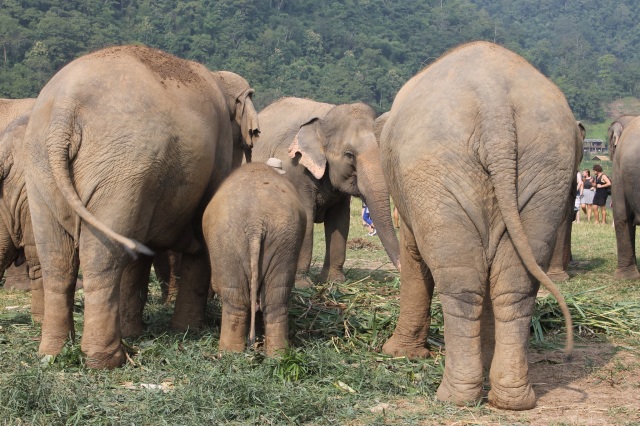 (Notice how the mahout’s fedora looks like it’s on the baby elephant’s head!)

After we fed the elephants, it was time to feed the people! 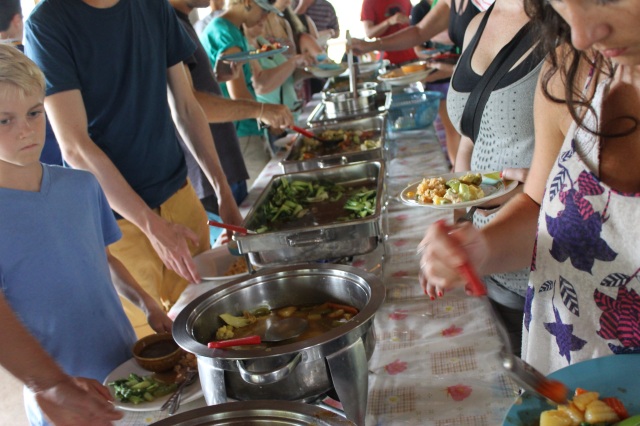 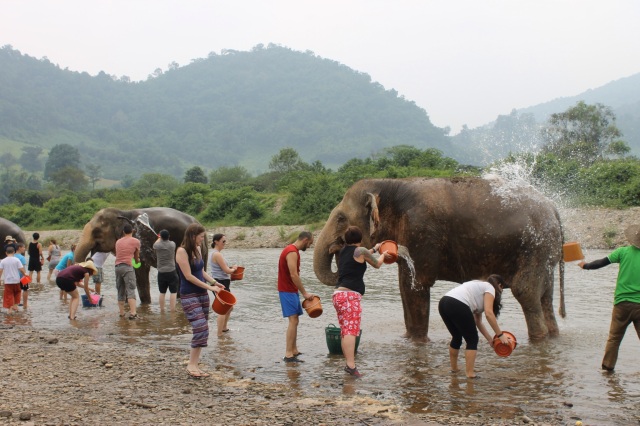 Not that it mattered, because as soon as the elephants were clean, they went straight to the mud pit and covered themselves in their natural sunscreen (mud) all over again.

Later in the afternoon, we were on a walk when a family of elephants ran into the river to swim. There was a baby elephant that just attracted everyone’s attention and made them giggle and gasp. #cutenessoverload

At the end of the day, our guide asked us to do a simple thing. He said we could support his park’s efforts👍 simply by not going to trekking companies or by paying money to any person who uses their animals or abuses their animals in order to get money from tourists – anywhere in the world. (There is a total of 307 emoticons in this article including this one:👍. I counted 👍(and also including that one)!)

This entry was posted in Uncategorized and tagged Asia, Thailand. Bookmark the permalink.

6 Responses to Elephants are excellent