A couple of days ago, dad and I went up the mountain which looks over Chiang Mai on our rented motor-scooter to arrive at Doi Suthep (elevation: 1,073 meters) and Bhubing Palace (Phuping Palace). Doi Suthep is a large Buddhist temple and is the most famous in the Chiang Mai province. Whenever Thais visit the province, they try to visit Doi Suthep.

To get the the Wat, you have to walk up a whole bunch of steps which was actually not so tough for either of us.

There were many bells to ring, statues of monks, smaller temples inside the Wat walls, cool views up into the mountains and down into Chiang Mai city. I stopped into a small temple while there and had some sacred water thrown on me by a monk – I also walked around Doi Suthep’s Stupa which was covered fully in gold leaf. The Thais were doing various rituals which were hard to understand but looked pretty serious. They were also putting lots of money in the various donation boxes located around the temple. 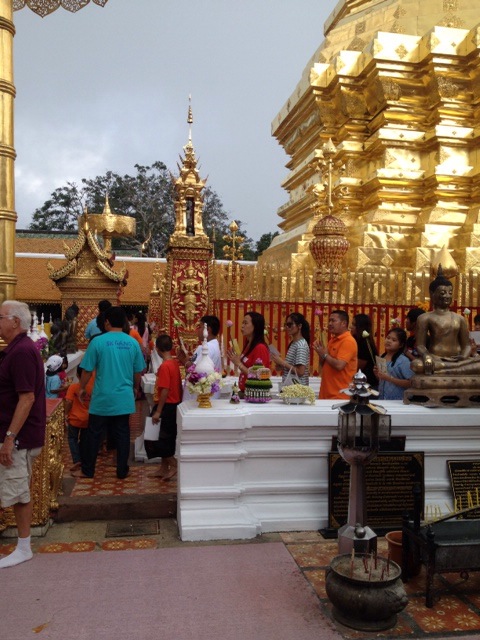 Bhubing Palace is basically the King and Queen’s northern HQs. It’s like 99.99% gardens and 00.01% palace. We didn’t go in but could see that it was a popular stop for visitors. 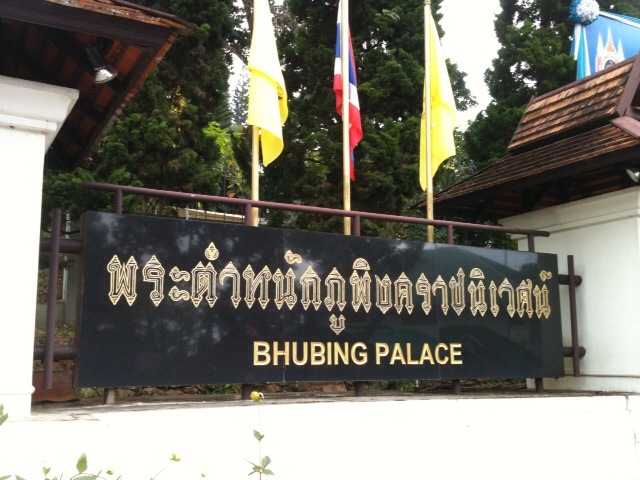 On our way down the mountain we stopped at a little trail to take a hike. We went down the trail and saw a really cool waterfall and a small monastery for Buddha located next to a small cave. It looked like some monks might retreat down there for silence and nature breaks. 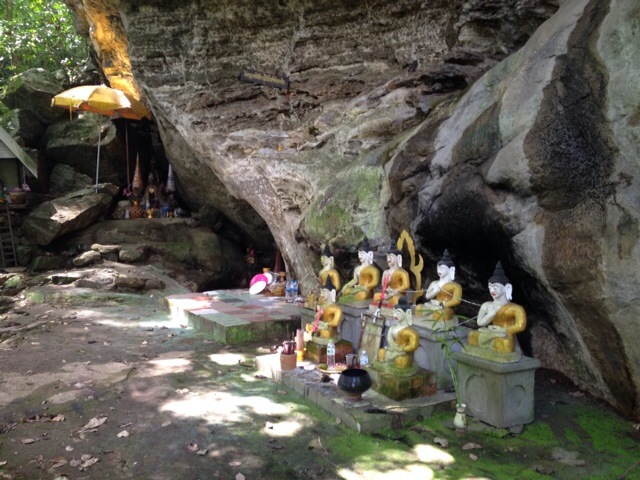 Once we got back to Chiang Mai City, we ate lunch at a street side restaurant … yum!!!…

and then we stopped by an old city style soccer pitch and used our ‘kick woven ball’ (actually called a Sepek Takraw) which is the ball the Thais use when playing a sport like volleyball where they cannot use their hands but only their feet, legs and chest. I got really hot and sweaty so we got a Cha Sai Nom Yen, Thai Iced Tea, the drink in a bag you have seen me holding in previous posts.

Later on I had a blast cruising around town on the motorbike – lots of stops at the local 7-Elevens for treats…seriously…they are everywhere! I decided I want to get a Vespa when I get older!

This entry was posted in Uncategorized and tagged Asia, Thailand. Bookmark the permalink.

5 Responses to Day at Doi Suthep