Hey guys! I haven’t posted in a while because where I was, there are no telephone lines, mobile networks, TV satellites, or Wi-Fi routers. But now I can tell you: I have been to all seven continents! I just spent Christmas in Antarctica! 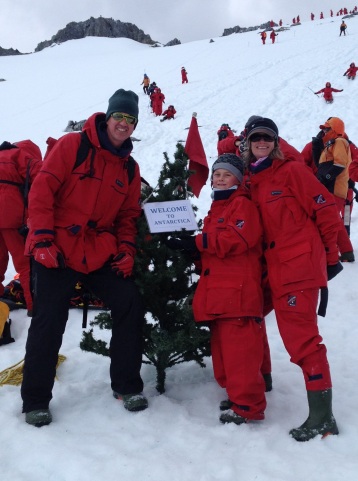 To get there, we flew from Buenos Aires to Ushuaia, a small port at the bottom of the world. 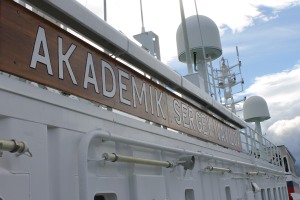 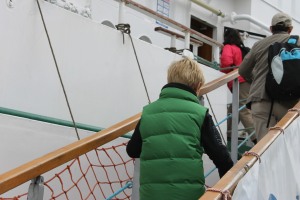 In Ushuaia, we boarded a ship called the Akademik Sergey Vavilov and sailed through the Drake Passage to the Antarctic peninsula. The Drake Passage is one of the harshest places to cross because it is where the Pacific Ocean and the Atlantic Ocean meet each other.

There is also something called the Antarctic Convergence, where warmer water from the north meets colder water from the south. It can be really choppy, but that is also where whales like to hang out and where icebergs can be found. Here is the first iceberg we spotted … can you see it? 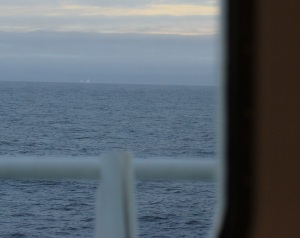 It took two days of sailing to get to the peninsula, and then we spent three days visiting different locations along the coast. The most beautiful place we went to was probably Cuverville Island. We actually went there because when we arrived at the Lemaire Channel, it was too frozen for us to pass. 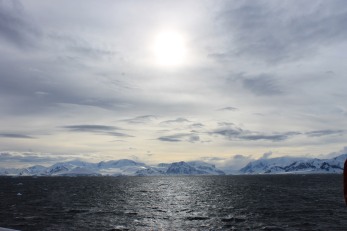 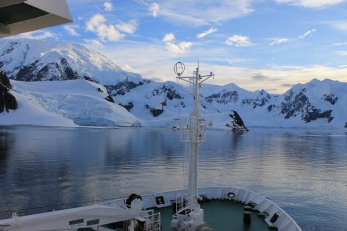 You can see the chart of our trip and all the landings we made here: 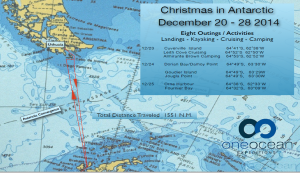 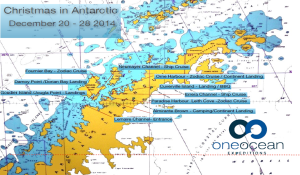 It surprisingly wasn’t as cold as I expected, and one day we couldn’t even wear jackets it was so hot. 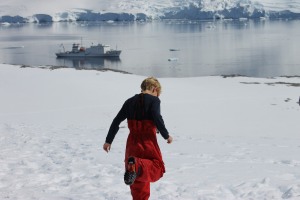 But the next day was cold again, and we even had snow on Christmas Day. 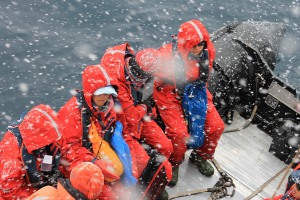 We saw many very cool icebergs. Actually, I guess all icebergs are cool! 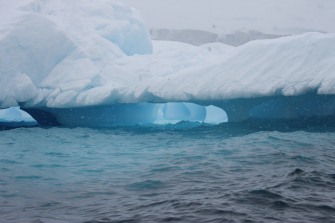 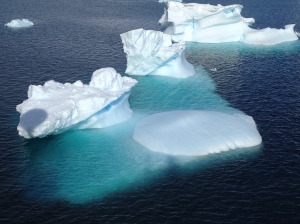 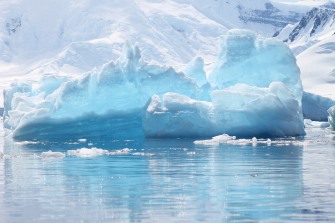 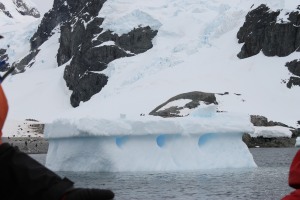 Almost everywhere we went was beautiful. The possibilities ranged from the tall cliffs covered in snow to gigantic glaciers waiting to fall into the ocean. 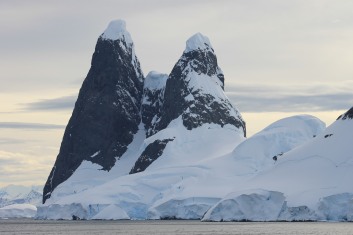 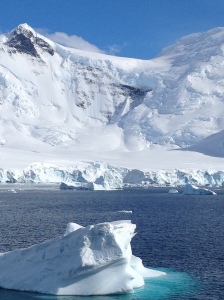 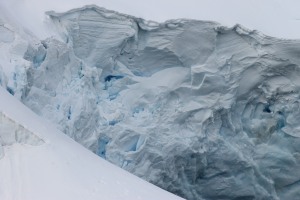 Plus lots of fascinating wildlife, which I will tell you all about in another post. Here’s a preview: 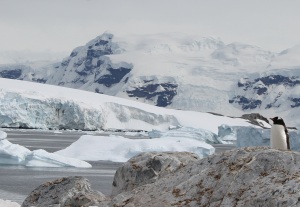 You might be wondering what a ‘landing’ is. Basically, the ship can’t dock on the shores, so we take these smaller boats called Zodiacs. 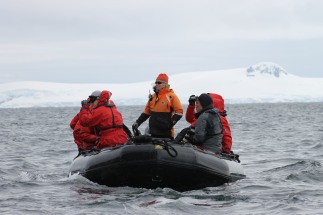 First, we had to get dressed in our waterproof wetskins, then put our gumboots on, and then our lifejackets. 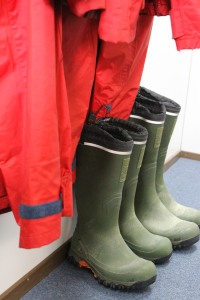 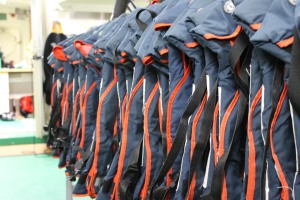 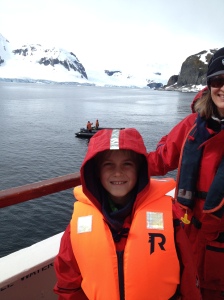 We had to wash our gumboots in a special solution because we didn’t want to introduce any foreign bacteria or harmful things to the continent. Next, we went down a gangway and climbed into one of the Zodiacs and a staff member drove us to shore. 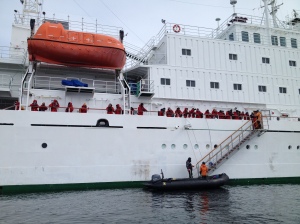 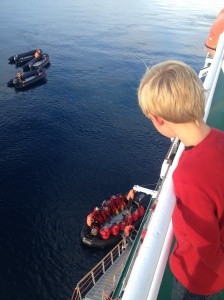 Sometimes we could disembark on a rock, but other times we had to make wet landings where we stepped right into the water. Luckily we had our gumboots on!

At each landing, we went hiking, we visited some museums, and we got to slide on the snow.

At one landing, the ice started to pack in around us and we had to make a speedy getaway back to the ship. Can you see our ship back there in the distance? 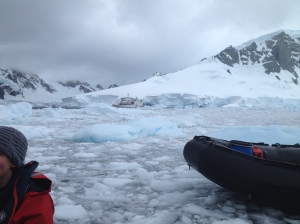 But mostly we spent our time watching the penguins and their funny behavior. 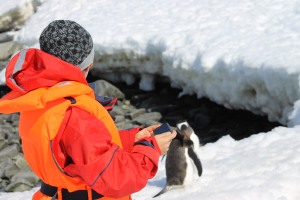 It was such an amazing trip that I can’t fit everything in one post, so I will post more about Antarctica soon!

This entry was posted in Uncategorized and tagged Antarctica. Bookmark the permalink.

7 Responses to Antarctica is awesome