What’s up guys? So far I’ve been having fun in Argentina. I’m playing LOTS of soccer and picking up Spanish here and there. This is the 5:00AM sunrise from our apartment: 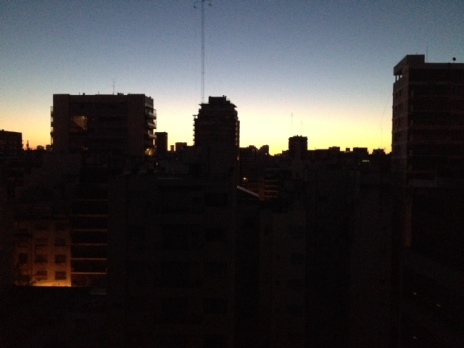 I’ve also been obsessed with the Moonwalk lately, and have been working on it when we find a slippery sidewalk or on the Subte (that’s what they call the subway here). 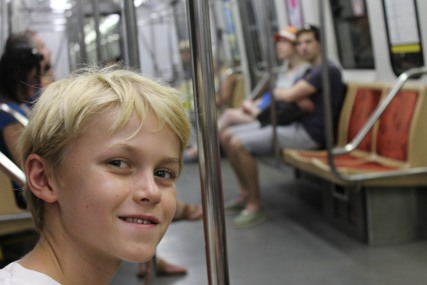 Some of the subte stations have these cool murals from the 1930s:

The beef here is really good, and I often have a burger or a steak for supper. Luckily, we also found a gluten-free bakery not far from our apartment. They make gluten-free bread, muffins, and empanadas. Empanadas are like mini meat pies. They also come with chicken, ham, and spinach.

My parents and I took a walking tour of the city and learned some really cool stuff! Here are some pictures:

The beginning of the tour:

Ever heard of somebody named Evita? 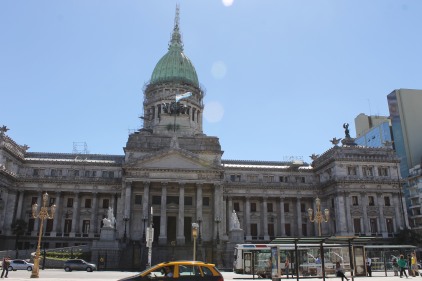 Listening to our guide: 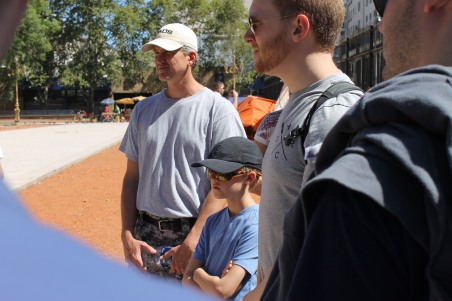 Admiring one of the three original Thinkers by Rodin: 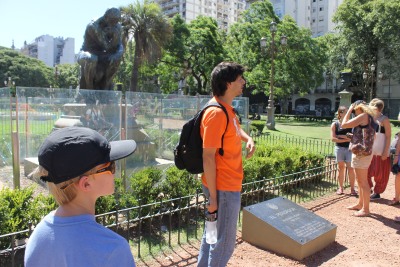 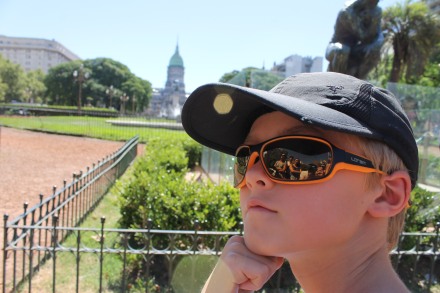 The Palacio Barolo was designed to reflect Dante’s Divine Comedy. In fact, the Thinker is supposed to be Dante! Mom showed me part of his poem, and it’s very hard to understand… even translated into English! Basically it’s about Dante’s dream of visiting Hell, Purgatory, and finally Heaven. (The two basements and the Ground Floor represent Hell, Floors 2-14 represent Purgatory, and 15-22 represent Heaven):

I guess this is the elevator to Heaven:

One day we went to Cafe Tortoni, the oldest café in Buenos Aires, and got ‘submarinos’. 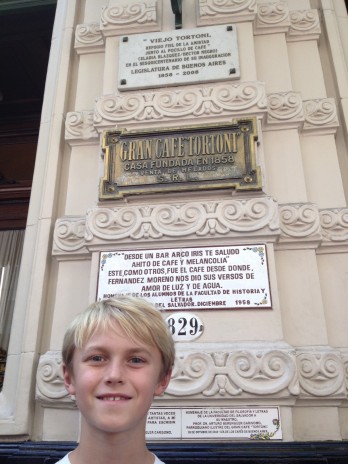 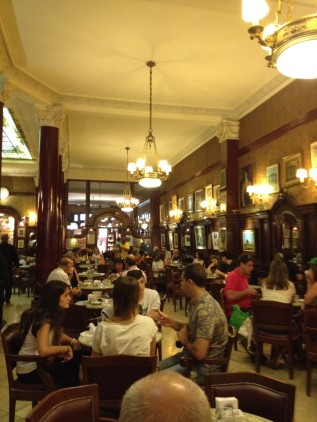 You get a submarino when you dip a chocolate bar into hot milk. It melts and you stir it up. Sometimes the chocolate is shaped like a submarine! We ordered three submarinos, one for each of us, but the waiter refused to bring one for my dad. He said men drink coffee, not submarinos. Submarinos are for kids! So dad had to drink a coffee. Poor dad, because the submarinos were really good!

The waiter also insisted on taking our picture. Here it is:

Dulce de Leche (I can’t believe they put free caramel on the table at breakfast): 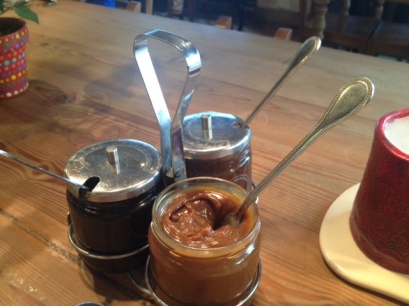 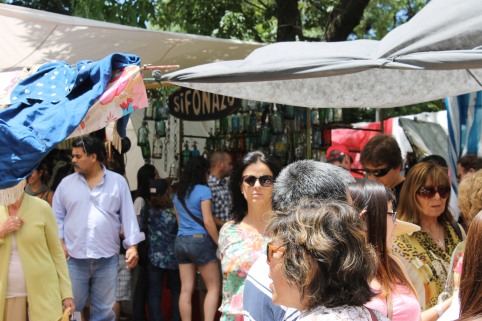 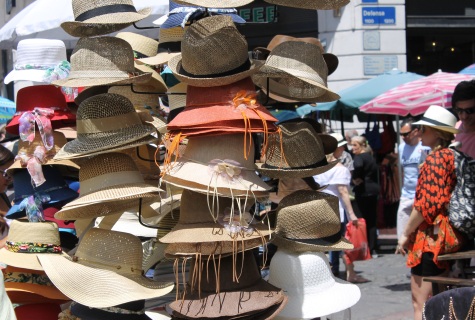 We aren’t just doing touristy things, though. We are also doing everyday things like working on my blog.

For example, today I got my hair cut! I’m going to make a video about it. Unfortunately, I only have two weeks until I head back to the US, but I’m having a fun time right now! This is the 9:00PM sunset from our apartment: 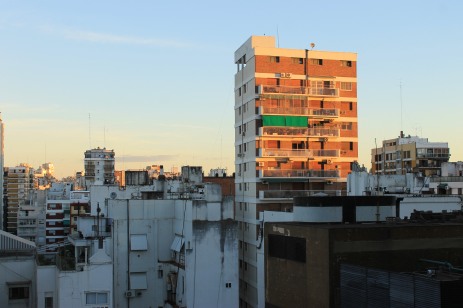