Yesterday I went to the Bombonera (which means ‘chocolate box’ in Spanish), Boca Junior’s home stadium! Boca Juniors is an Argentinian soccer club. 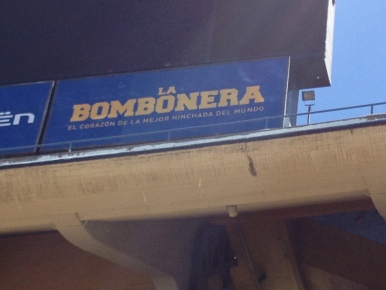 When we walked into the museum we immediately saw a statue of Diego Maradona who played for the team.

We walked around a bit and then the tour started. First we went to the most expensive seats and learned that the Boca Juniors team was started in 1905 by five Italian friends who came to South America. 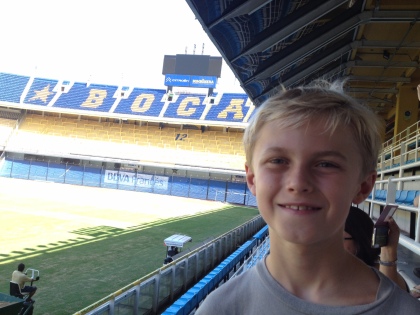 Then we went to the stands where people actually stand to watch the game! There we figured out where the the name ‘Chocolate Box’ came from. While the stadium was being constructed the architect was given a box of chocolates that was the same shape as the stadium. 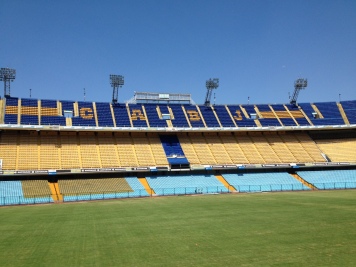 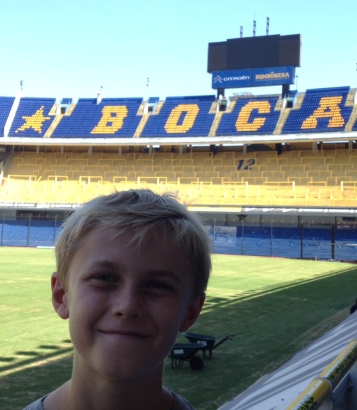 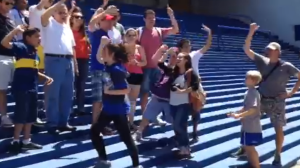 Also, we saw Maradona’s own personal box in the stands which he paid over 300,000 US dollars for! (Counting from left to right, it is the sixth one) 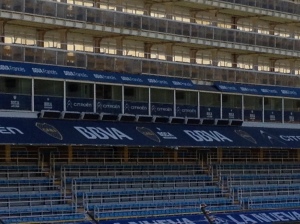 Best of all, we got to visit the locker room!! 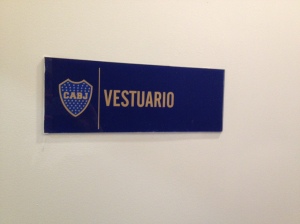 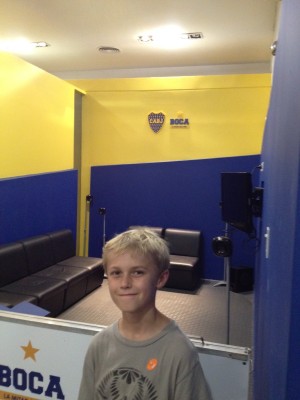 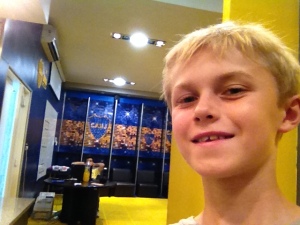 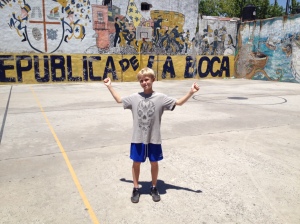 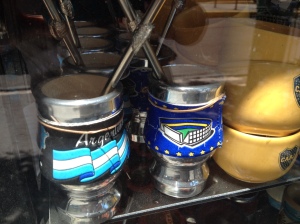 This morning we got caught in a H-U-G-E rainstorm! The whole bike lane was like a Mekong River! Sometimes we couldn’t cross the street because the curb was totally flooded! Luckily we were only going to breakfast. It’s probably going to take a whole day for my shoes to dry out. 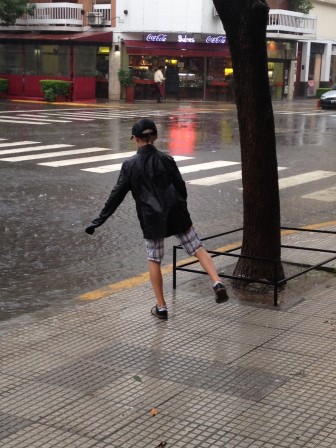 This afternoon we also took a 3-hour Spanish class at Vamos Academy!

Here I am before class, and here is the house of cards we made out of our vocabulary cards: 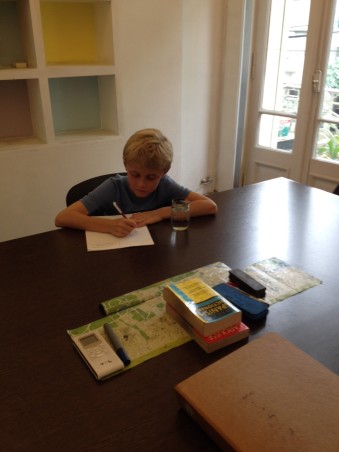 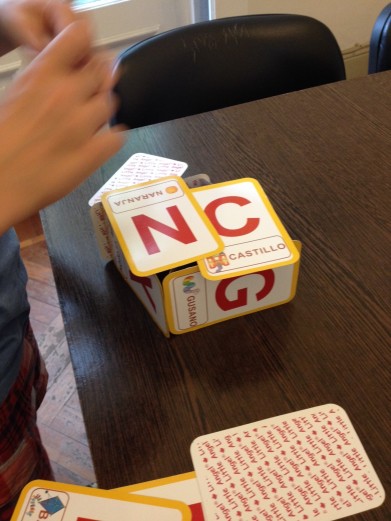 I learned how to say a lot of new words, but the one that really stuck was ice-cream, and once we got into the food-ordering system, all of my answers were ‘Helado’.

When we were learning our numbers in Spanish, I asked our mentor what googol was in Spanish. We were learning how to say a thousand (mil) and a million (millon), so I wondered about googol (a 1 followed by 100 zeroes).  She didn’t have an answer. So, I looked it up on Google translate and I still didn’t get an answer! That’s ironic, because I looked up what ‘googol’ was in Spanish on Google!

Here I am with our mentor, Lucila … Gracias Lucila! 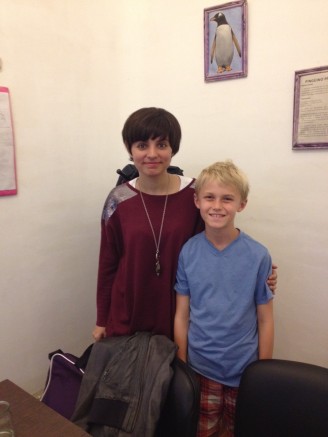 Anyway, mom still thinks that I’m going to order supper tonight…if so, I think we are all eating helado.

This entry was posted in Sports, Uncategorized and tagged Argentina, South America. Bookmark the permalink.