What’s up guys? A couple of days ago I visited a museum dedicated to María Eva Duarte de Perón. 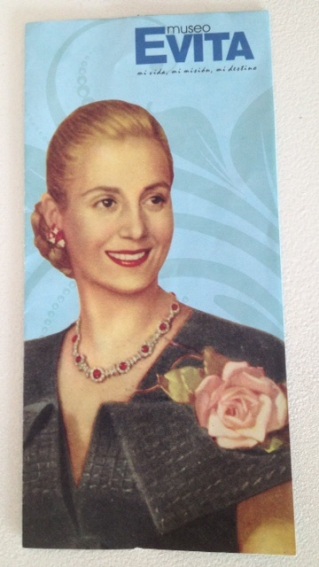 I’m sure some of you have heard of Evita from an earlier blog post of mine when we visited her grave at the Recoleta Cemetery. 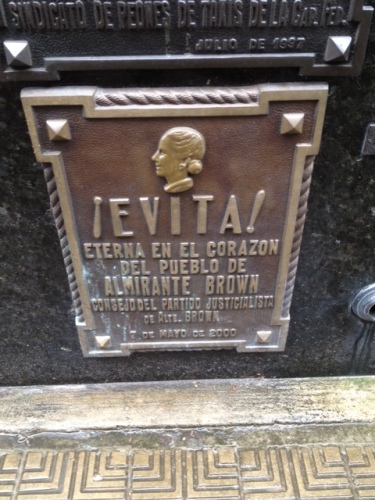 Or maybe you know her from the movie that was made about her life. In case you haven’t, Eva (better known as Evita) was a very charismatic person who was married to the president of Argentina from 1946 until she died of cancer in 1952. She was a social activist who believed that everybody should be allowed a certain amount of pay, a house, and a job. She was also in favor of many human rights which made her popular and very loved by the lower and middle classes in Argentina – still to this day, many Argentines wish she was here to lead the country. Being the wife of the Argentinian president at the time, she was able to influence the government to implement her ideas. The museum had a lot of information about her life and the causes she was behind. Here are some pictures from the museum: 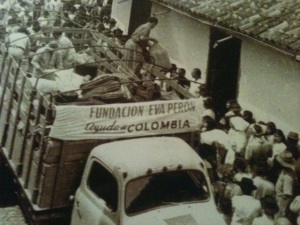 The house (which is nowadays the museum) used to be a private residence with Italian and Spanish architecture. When Evita’s foundation (called the Maria Eva Duarte de Perón Social Aid Foundation) bought the house it was used as a home for multiple homeless, poor, and sick children and women.

Unfortunately, in 1955 there was a coup d’ etat which overthrew Juan Perón (the president), Eva’s husband. Once they did that, they banned all of Evita’s initiatives and seized all of the foundation’s assets, including this house itself which was made into a government building. Then in 1999, the government declared the house a national historic site and designated it as the venue of the Eva Peron National Institute of Historical Research.

A couple of the things I learned about Evita’s life are that she was an actress when she was younger, and also that she supported sports for kids … including soccer!

1 Response to Learning about Evita Perón